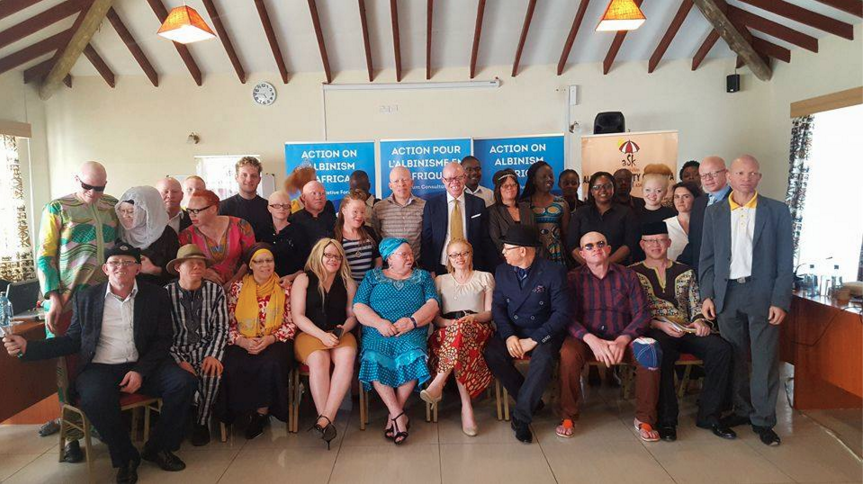 November saw the first official meeting of the United Nations Think Tank Task Force on Albinism, an elected body born out of ‘Action on Albinism in Africa’, a consultative forum held in Dar es Salaam in June 2016. The UN Think Tank comprises elected experts and specialists from across Africa and the globe, whose responsibility is to develop, refine and eventually implement the recommendations devised in earlier conferences with broader audiences. We feel very lucky to have been elected to join this Think Tank.

Led by the UN Independent Expert on Albinism, 30 experts gathered in Nairobi to produce the latest draft of the Albinism in Africa Action Plan. Participants were tasked with refining a roadmap of measures to fight urgent human rights abuses against Africans with albinism. Standing Voice Communications and Fundraising Coordinator Sam Clarke was present, and delivered findings to the delegation as a group rapporteur.

Ahead of the meeting, the United Nations disclosed that more than 600 attacks against people with albinism had been recorded across 26 African countries in the last decade. The UN Independent Expert claimed ‘the human rights issues faced by persons with albinism are critical across the region and therefore should be treated with specific and effective action.’ The Honourable Isaac Mwaura, a Kenyan MP and think tank delegate, stated that ‘the rights of persons with albinism must continue to be guarded.’ Also in attendance was Josephat Torner, advocacy campaigner and star of In the Shadow of the Sun, the 2012 BBC documentary shot by Harry Freeland, our Founder and CEO.

The Think Tank’s findings will be further refined by the UN Independent Expert before final publication next year. Standing Voice is excited to have contributed so directly to the development and sharing of a document that will tangibly and positively transform the lives of so many people with albinism throughout the African continent.