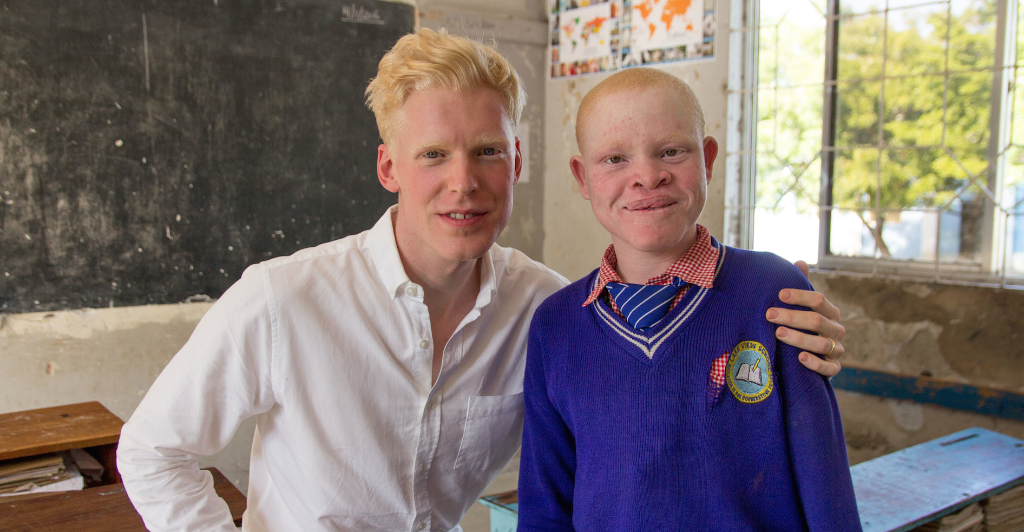 Tune into BBC Two at 9pm on Thursday 23rd February to catch Born Too White, a documentary exploring the persecution of people with albinism in Africa.

The film follows Oscar Duke, a British doctor with albinism, as he travels to Tanzania and Malawi to see what life is like for people who share his condition. Oscar visits Standing Voice's life-saving programmes, and meets the incredible people we work alongside.

Standing Voice's very own Sam Clarke was on location in Tanzania for the duration of the Born Too White shoot. Below, he reflects on the journey of this documentary, and its importance for exposing new audiences to the work of Standing Voice. This journey began with an email that landed in my inbox last July: an inbound from Dragonfly Film and Television, a BAFTA award-winning production company with a background in specialist factual. They were in talks with the BBC to make a film about albinism in Africa, and had discovered our initiatives supporting thousands of people with albinism on the ground in Tanzania.

Standing Voice is regularly asked to collaborate with journalists and filmmakers. This was not new. In the past, much of the material produced on this topic has had a tendency to sensationalise, or simplify, reducing the complexity of people with albinism and their lives into tidy, singular headlines: Murder. Mutilation. Witchcraft. Evil. These have helped put albinism on the map, but not always with the most constructive or accurate depiction.

Still, we kept an open mind, and went for an introductory chat.

It was then that we met Oscar Duke, the NHS doctor with albinism who fronts the documentary. Meeting Oscar and the rest of the team, it was clear their priority was to produce a thoughtful and sensitive documentary honouring the nuances of this topic. Oscar's status as a person with albinism himself, and moreover as a medical doctor, brought a refreshing novelty to the pitch, and set a clear precedent for other dimensions of this issue to be explored: not just the killings of Africans with albinism -- extreme and alarming atrocities inviting urgent attention, of course -- but other expressions of discrimination too. The genetic basis of albinism; its implications for health in resource-poor settings; elevated risks of skin cancer; the experience of visual impairment at home, at school, in the workplace; the everyday grind of prejudice: this film would open up a vital space for reflection, and create a conversation about these neglected problems.

We decided to take this film on, and worked with the crew to establish an itinerary. We arranged for them to visit our project locations, and opened doors to some of the incredible people we work alongside. 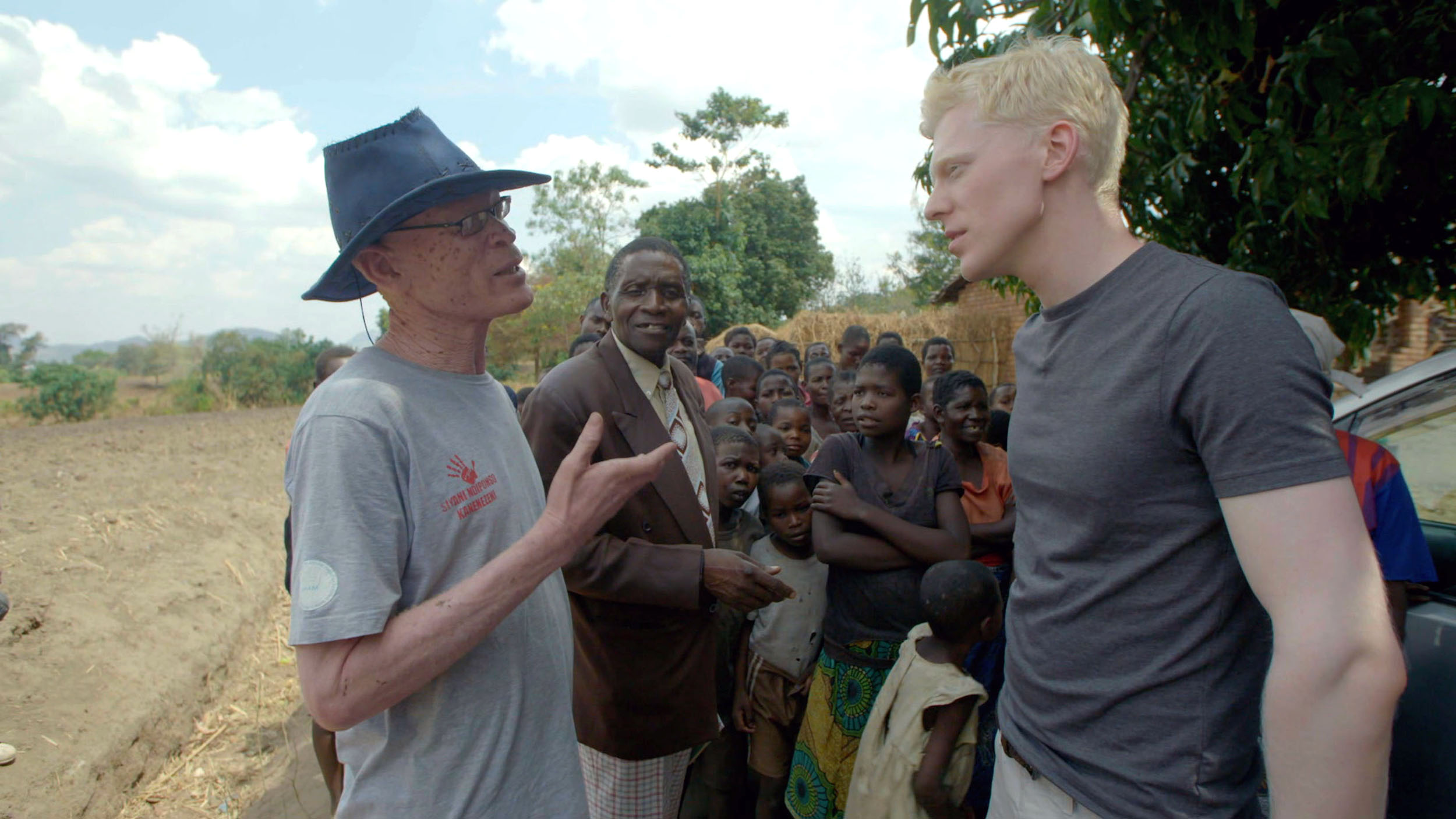 Fast-forward to November, and I was on location with Dragonfly in the dusty plains of northern Tanzania. In one jam-packed week, I watched from the other side of the camera as Oscar underwent the journey of a lifetime, striving to understand what life is like for people in East Africa who share his condition: the struggles, the pitfalls, the triumphs.

For the first time in his life, Oscar entered rooms full of people with albinism. He met their parents, teachers, adversaries, and friends.

He saw first-hand the effects of discrimination -- traumatised children, victims of attack, overcrowded camps housing hundreds -- and came face-to-face with its cause, witnessing the myths that stigmatise this condition.

Oscar saw what the sun can do to a person with albinism who has never been told to avoid it.

He met kids struggling to see the blackboard in school.

And in both cases, he saw what Standing Voice is doing on the ground: he observed our health clinics in action, as we prevent skin cancer and improve vision to turn thousands of lives around. Oscar was comforted and emboldened by the changes Standing Voice is helping to bring about. We hope viewers will be too.

Born Too White airs on BBC Two at 9pm on Thursday February 23. Thereafter it can be found on BBC iPlayer.

Films like these provide vital platforms to raise awareness of the challenges faced by people with albinism in Africa. If you're affected by the stories you hear and would like to get involved, email info@standingvoice.org.

To save lives, donate here. 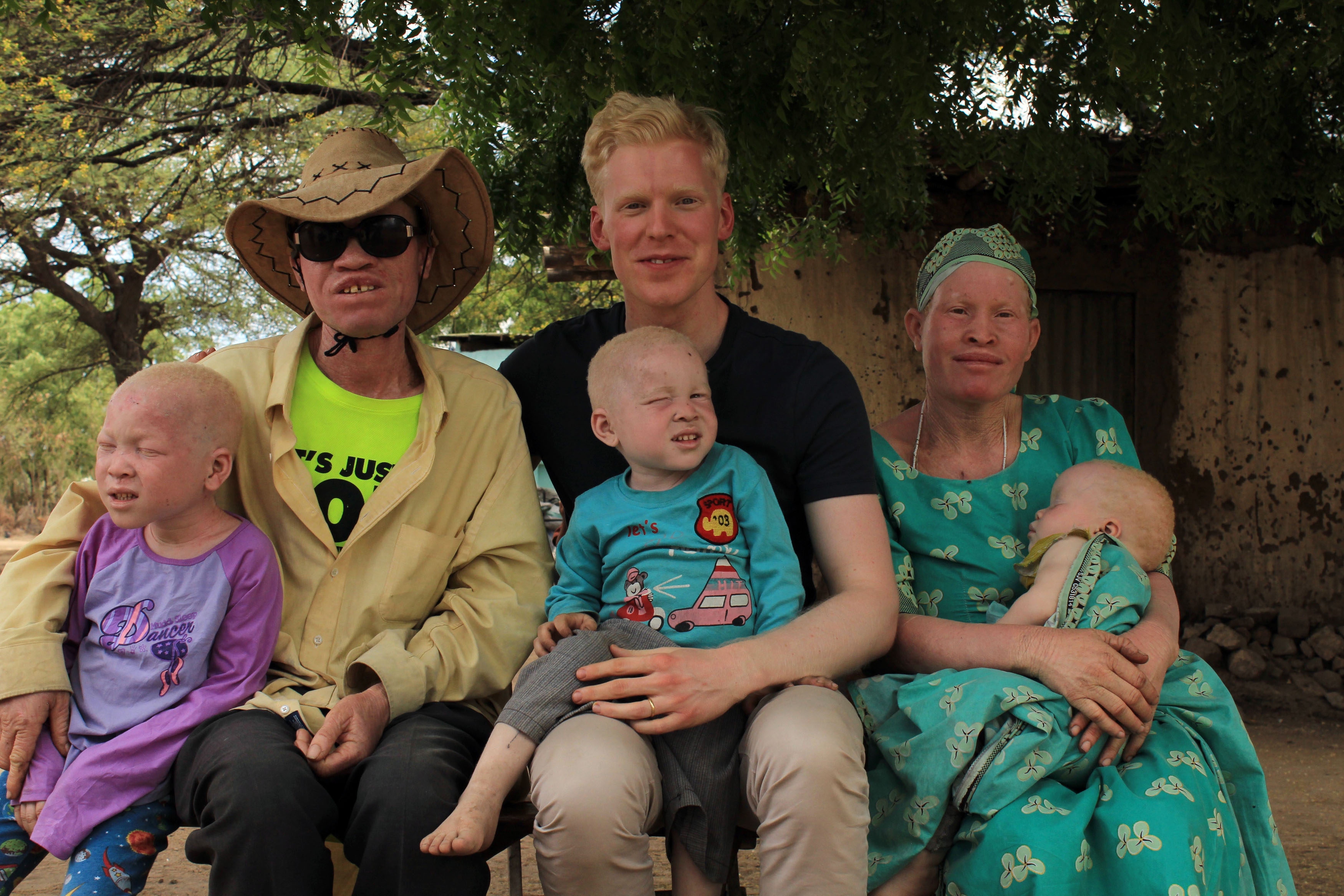